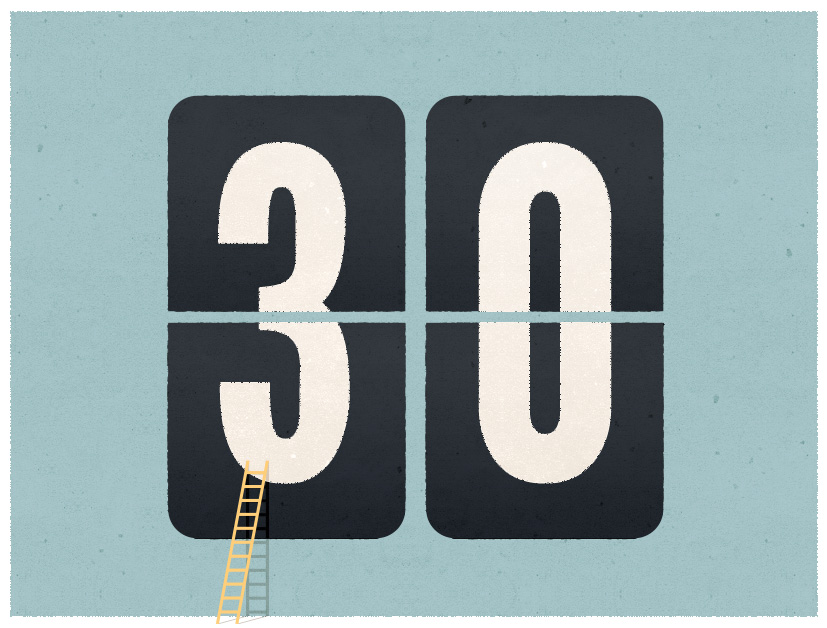 I remember how big of a deal it was when I turned 20—the end of being a teenager, the end of carefree childhood, basically, the end of everything. Society lures us into thinking that whenever we change decades, everything is over; turning 30 means getting old, turning 40 means getting older, turning 50, and so on. But I’m not having it. Not this year. My 20s were the full package; I’ve had wild times and sick times and sad times and joyful times—it was all in there.

Sure, I have moments when I think: This is it? Will it go on like this? Am I moving fast enough? These thoughts always lead me to the scene in Miranda July’s movie The Future, where the main character Sophie and her boyfriend Jason want to adopt an old cat. The vet says: “If he bonds with you, he can easily hang on five years.” “We’ll be 40 in five years.” “40 is basically 50, and then …” “… That’s it for us!” They start to reprioritize things; get rid of the internet, try to find their purpose in life. We all do that, all the time, right? I’m not going to just start now. I’m already in the middle of it. And 30, that’s certainly not the end of it.

I drew this drawing when I turned 20. I lived in Nottingham at the time, was about to finish my design studies and was genuinely excited for what’s to come. I just updated it now as I turn 30. On we go. 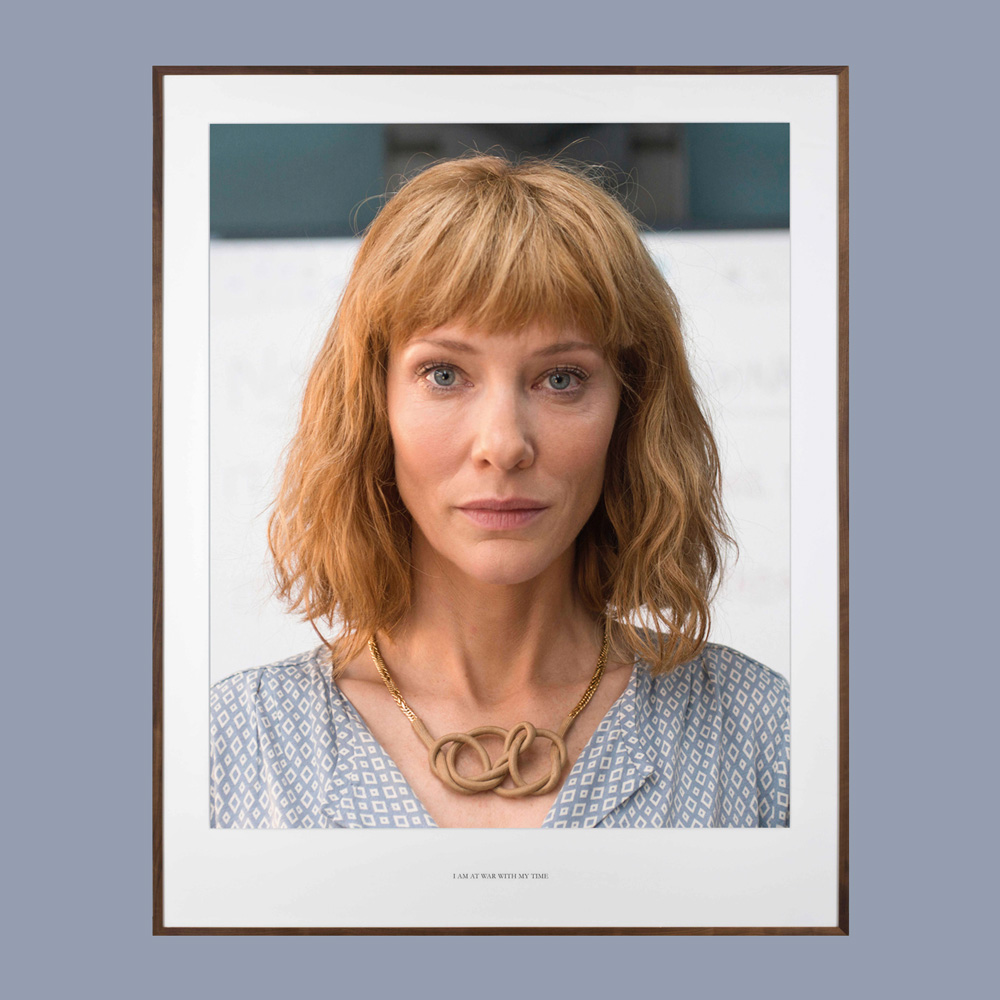 I am standing in front of a photograph of Cate Blanchett; a film still by Julian Rosefeldt’s “Manifesto” video installation. The portrait is huge, Cate’s cold gaze is staring at me. Underneath it, in small serif letters, the sentence: “I am at war with my time.”

Rosefeldt borrowed that sentence from artist and architect Lebbeus Woods, who wrote it in 1993. Originally, that sentence was only introducing a long list of things he was at war with: “I am at war with my time, with history, with all authority that resides in fixed and frightened forms.”

Battles. I often find myself residing in fixed and frightened forms, incapable of moving forward, weighed down by fear, uncertainty and an annoyingly low level of self-esteem. I am at war with my time, as in: it always feels like it’s running out; I need to do more, faster, better, louder; my work needs to be more precise, more recognizable, more in general; even my personality needs to be more decisive, more sharpened, more consistent.

To get out of that sword fight, Autumn is a great month to start reflecting the year. What has happened so far? What was achieved, what was done for the first, what for the last time? Which battles were won, which were lost? I sat down at my desk, wrote a list of all the projects I’ve finished this year. I rated them by categories like ‘Fun’, ‘Pride’, ‘Revenue’. Luckily, most cards showed a positive score, and the ones that didn’t were already archived. I’ve learned my lessons, let’s move on.

Sculptures. Summer was so full of work that I was grateful for a month off, visiting a handful of art museums around Germany. I saw Cate Blanchett’s portrait, but I also really enjoyed looking at sculptures by Hans Arp in Hannover and the œuvre of Beuys in Bonn. I saw the two Gutenberg bibles (the oldest books printed with movable type) in Mainz and I stumbled upon a long-lost book about dreams in an antique book shop in Heidelberg. I drew some drawings of the cities I visited and posted them on Instagram.

Slow Mornings. Back at my desk, I enjoy taking some slow time to get my head started in the mornings. Just me and my notebook. Austin Kleon’s demonstration of his slow use of the Pentel Brush pen—a pen I really love as well—was a great inspiration for that ritual.

Music. Black Marble released a new album, Fast Idol, which is just as perfect as their 2019 release Bigger Than Life. I’ve also been listening to a lot of DJ Sabrina The Teenage DJ, to Red Hearse, and to German rapper Haiyti. And to my annoying neighbor with their most recent passion: The bagpipe.

A Personal Note. My friend Gabriel Yoran and I worked on a small book that will be published on November 9th. I am very excited about it! “Warum heißt es Traum und nicht Memoryschaum” (“Why is it called dream and not memory foam”) is a collection of playful (German) language twists, which I illustrated. The book is published by the great Frohmann Verlag, and you can pre-order it directly there or at your favorite book store. It makes a great gift for people who love language and drawings.

I am at war with my time. It’s my birthday soon, another decade hits; and I recently found an old (now private) blog post from October 2011: “What my life will be like in 10 years”. It was a fantasy about me being super independent, living in my own nice space in the middle of Berlin, surrounded by great people. With some distance, I realize that lots of these 10-year-old wishes turned true, and some things happened I couldn’t even dream of back then. Maybe the long run isn’t always that important. As Woods wrote in his manifesto: “I know only moments, and lifetimes that are as moments, and forms that appear with infinite strength, then ‘melt into air’.” Choose your battles wisely.