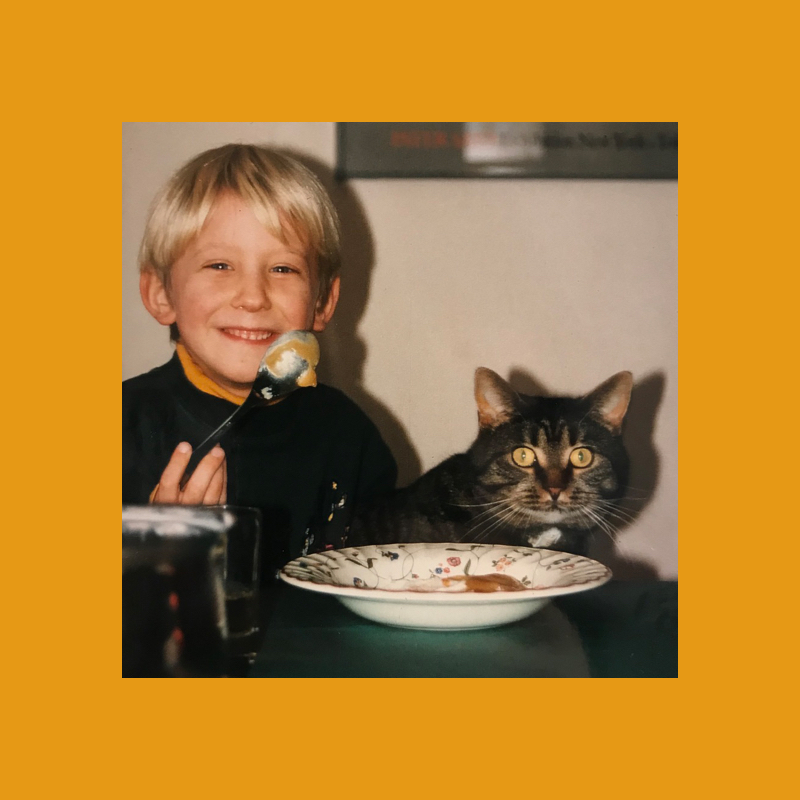 There is this one incredibly strong memory in my head that, when triggered, makes be both very happy and very sad. It goes as follows: When I grew up, I had a big tomcat named Kasimir. He was a soft and gentle animal, and as we both knew each other from a very young age, we were very attached. He enjoyed being held like a baby; his arms wrapped around my neck, me gently swaying him—really, just like a baby. I remember his fur, his scent and flat face pushing against mine. His big paws. I remember everything. And the fact that I remember, even though he died about 8 years ago, gives me a lot of comfort. I might remember it forever. I hope I will.

Together with the comfort of this memory, I’ve spent the past weeks in my apartment, as probably most of you. Just occasionally I went went out to see friends with a distance. We walked along the canal, around Kreuzberg, looking at people and houses. I’ve enjoyed observing the slow progress of coffee shops and ice cream parlors re-opening, arranging themselves with the safety restrictions. Everyone has been extra-friendly, it seemed, and that made me happy. It should stay like that. I hope it does.

I also noticed that the activities I do with friends are a lot more active and thought-through. We go on bike tours, we explore unknown parts of the city, and we share more feelings. I tried making a list of what stays from this pandemic on an interpersonal level, and this should be one of the things. I hope so.

When I walk around my neighborhood now, everything seems to be back to normal. The bridges and parks are full of people, the smell of weed and take-away pizza is everywhere. I get invitations to gatherings; people are dating again; and when I hear loud house music from a party in the park, I want to believe that we can all relax and live summer as we were used to. But I don’t think I’m ready yet, to be honest. It doesn’t feel right. And so I stay here, with my memories and video calls and bike rides, watching cats on TikTok, remembering Kasimir, seeing one friend at a time. It will get better. I’m sure it will.

I read Rachel Cusks “Outline”. That’s what it is; an outline; observations loosely tied together in a story. I tend to enjoy books where nothing happens, and this is one of them, but some sentences Cusk writes are just very on point.

I wrote a brief love letter to the Flurry screensaver, which you probably know from your Mac or from computers in movies.

I also wrote a postcard from my living room. It was a writing prompt from The Isolation Journals by Suleika Jaouad. Highly recommended newsletter!

The weekly (German) YouTube series “Social Distancing” by Hazel Brugger and Thomas Spitzer is the most wholesome thing to watch on a Sunday (or any day).

What are your old memories that make you feel all the feels? Think about them for a minute or two. It’s a nice thing to hold on to. And in case you have a cat: Give him or her a big kiss and pat on the head from me. If you have a dog, please do the same. I hope you’re all safe and well and finding your way through these troubled times.

The Last Screensaver: An Ode to Flurry

You know it from the first MacBook you bought, or from your school library’s computers, or from the backdrop of a film you recently watched. The Flurry screensaver, shipped with every Mac since 2002, has become an acquainted digital surface in movies, offices and homes.

But screensavers are a thing from the past: We all remember the infamous flying toasters, the virtual fish tanks and mesmerizing labyrinths that covered our grey CRT monitors when our dads entered the room. Flurry was different: it moved away from trashy aesthetics and added a soothing, ambient quality to computer screens. And since its release, it hasn’t changed: A variety of light streams gently move around the black screen, spreading colored particles at different speeds and magnitudes.

Flurry was created by software developer Calum Robinson as a side project in 2002. Briefly after he published it online (you can still find it on Github!), Apple contacted him to include it in their new operating system, Mac OS X “Jaguar”. It complemented the eccentric Aqua interface with a dark and subtle appearance, still colorful enough to catch your eye.

Screensavers were made to protect CRT monitors from phosphor burn-in. If the phosphors glowed at a constant rate for too long, they left traces on the monitor’s glass surface. But we’ve moved away from that technology years ago. Today, it makes much more sense to simply switch off your display. No one would download and install a screensaver anymore, not even for fun. But Flurry is still there, moving its tentacles around empty offices, libraries, accidentally being activated through your Mac’s hot corners.

For me, Flurry is also a steady component of the creative work space. When Macs were not ubiquitous, but mainly a tool for the creative industry, a creator’s desk was immediately recognized by the light-stream covered monitor. Of course, Apple computers also had their outstanding Y2K hardware design back then, but Flurry was that one recognizable software component that said: This desk is a creator’s desk. They might be on a break right now, but they’re still around. Just like Flurry is today.

A Postcard From The Living Room

Dear Reader, I am sending you this from a newly discovered place within my flat: The dove-colored armchair close to the window. I usually never sit in it, because its actually facing away from the window, and it’s not as soft as the sofa. But it does have the perfect comfort level: It’s very good for reading, but not cozy enough to fall asleep in it. So I’ve just been sitting here for the past two days. The sun came out and I moved the chair closer to the window, with an ottoman for extra comfort, and I read through some magazines and sipped my coffee. The chair is too low to look properly out the window while sitting. But it’s ok, that way at least I don’t feel exposed to my neighbors. Anyway, I hope you’ve found some nice spots in your apartment, too. Sending lots of love – Christoph

Writing promt #3 from The Isolation Journals by Suleika Jaouad.