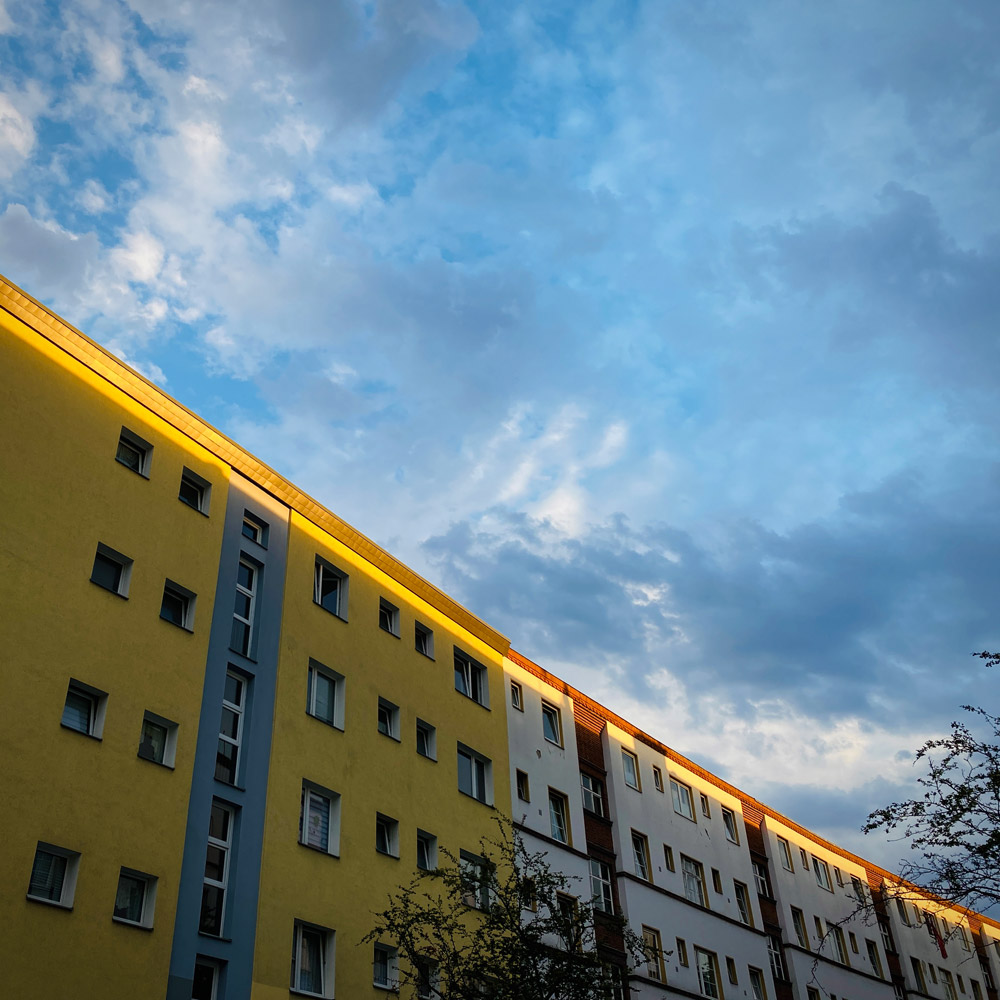 We’re sitting in a small park somewhere in Berlin, when R. points to the sky: Look! The unusual bird lands on top of a street light, looking back at us. It’s a majestic animal, yet smaller than the usual crows we see around the city’s parking lots. In an unwary moment, as we look away, the sparrow hawk arrows right into the bushes behind us, and seconds later, we hear a sharp and short squeak. Then, the bird flies away over our heads, with a little mouse in its claws. We can see its tail squirming as the mouse is carried through the air on its last trip.

It was a weird moment. Bittersweet, like the beet root ice cream in my mouth. For a short second, all the people in the park were mesmerized; the guy on the lawn held his little chihuahua with both hands, in fear that the hawk’s claws would take it away. A very irrational fear, but still – understandable. Fear makes us do weird things.

✳︎ In September I decided that my summer break had been long enough, and I started moving into a nice little office space to pursue my freelance career. I’m doing it at my pace, one step at a time. I’ve learned to say No to things, and being your own person really seems like a healthy concept to me? Thanks to myself for finally noticing!

✳︎ I jotted down a couple of vacation notes on my blog. I also wrote about an iconic IKEA clock and about the underwear in the tree outside my kitchen. I’ve been writing that weblog since 2006, and I still like the idea of having a room for myself on the internet — almost like my own little garden. Stop by if you wish.

✳︎ From now on, I contribute a little design column to the German form design magazine. Nina Sieverding and Anton Rahlwes are the new editors-in-chief, and I am really keen on their approach on topics, perspectives and the magazine’s design itself. Go get it!

As quickly as the sparrow hawk took its prey, this year’s summer decided to take a leap and leave. My summer wasting was a success though; I had a lot of good outdoor pizza dinners, and I spent a vast amount of time speeding through the streets on my bike. I accept that the COVID anxiety behaves like a curve, too. Sometimes it’s high, sometimes it’s low. New Normal, etc etc. I hope you’re still coping somewhat well.